Or, how to make a set of burst photos from a GoPro or other camera appear in a nice little stack in the Photos app on your Apple devices.

When you take burst mode photos on an iOS device, they appear in a nice little stack in the Photos app: 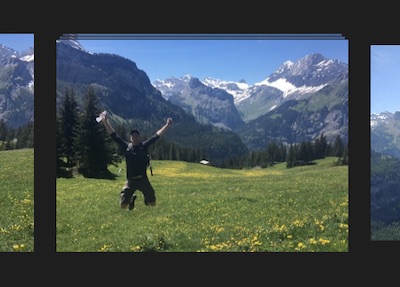 And you get this neat UI to select the best of your burst: 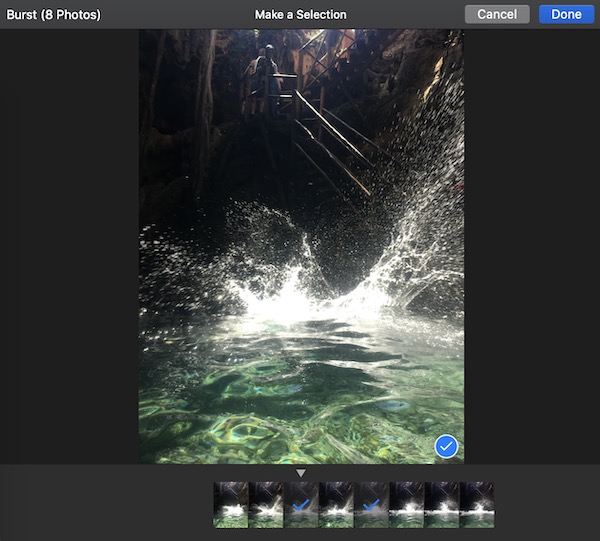 But if you import burst photos from another camera (e.g. a GoPro, DSLR or mirrorless camera) you enter Burst Mode Hell 🔥🔥🔥 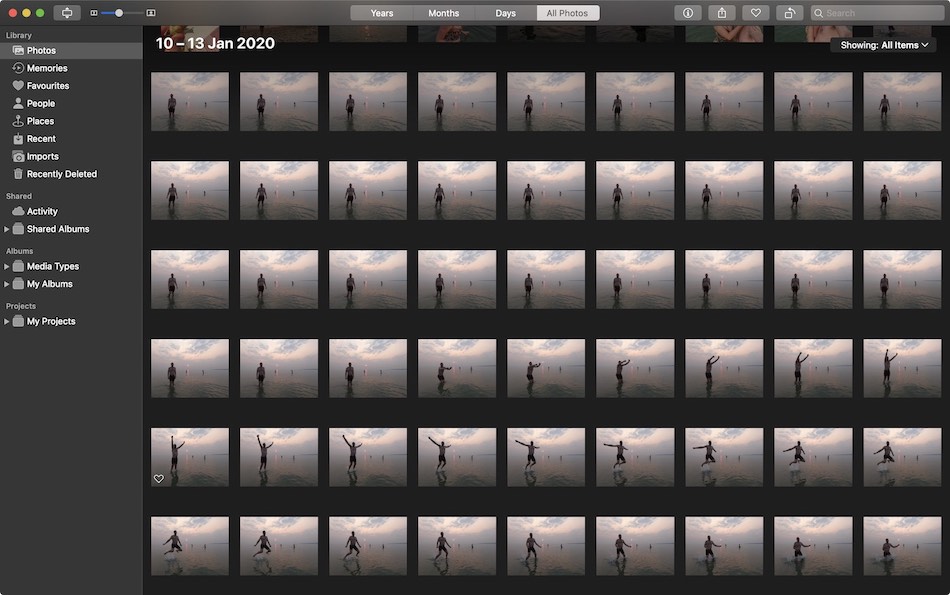 So annoying to browse! So much unnecessary scrolling! Memories that are basically just the same photo over and over again!

So how does the Photos app know that a burst of iPhone photos should be grouped together? And can we trick it into grouping bursts from other cameras?

There's no standard Exif tag specifically for burst photo metadata, however there is an interesting tag called Exif.Photo.MakerNote:

A tag for manufacturers of Exif writers to record any desired information. The contents are up to the manufacturer.

So what does an iPhone burst mode photo store in MakerNote? Using The Photo Investigator we find this:

Interesting! Other people have already figured out what some of these fields are used for:

The interesting one for us is key 11 ⁠— this UUID is shared by all photos taken in a single iPhone burst and is what the Photos app uses to identify and group multiple photos into a single burst.

To fool Photos into recognising our non-iPhone burst, we need to add an iPhone-ish MakerNote field to those photos' Exif data, giving each one the same UUID in key 11.

exiftool is the only tool I've found that can do this. It's also one of those immensely powerful command line tools that is capable of doing everything in the universe and has quite a steep learning curve as a result (👋 hi ffmpeg and webpack!)

Step 1: Add MakerNote to your photos

exiftool will let us write a BurstUUID to field 11, but only if the Exif data already contains a MakerNote that looks like it came from an iPhone.

The easiest way to get one of those is to just copy it from an existing iPhone burst photo onto your target photos. Export an unmodified original burst photo from the Photos app, then:

You can verify that the MakerNote was copied across, while the rest of your photo's original metadata remains intact.

Now that your photos have an iPhone-ish MakerNote, you can replace the Burst UUID from our source photo with a fresh one for your burst set.

To verify it worked, you can read back the BurstUUID from your photos:

That's it! Your non-iPhone burst photos are now recognised as a burst!

A note about HEIF

Since iOS 11, iPhones >7 have captured images in HEIF rather than JPEG by default (and call it HEIC instead of HEIF because 🍎🤷‍♂️).

The HEIF format can store multiple images (like bursts) in a single file, but it doesn't look like Apple devices are doing that.